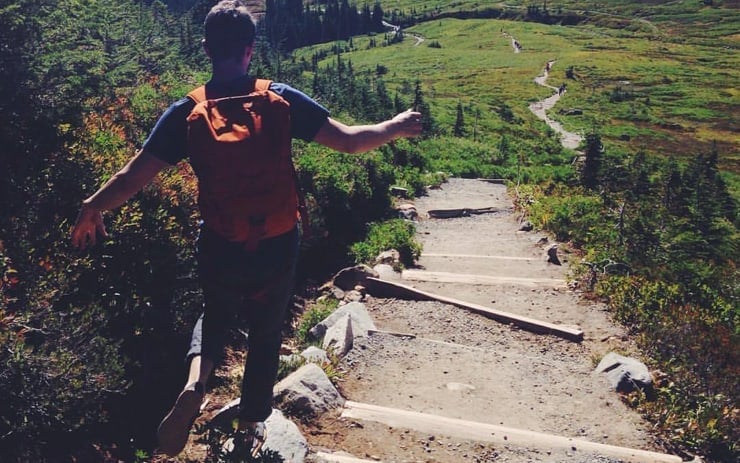 I’ve never been one to visualize stuff before it happens. But now I can confirm: it works, and it almost killed me.

Last summer, about a month before my wedding, I was hiking alone in the Olympic Mountains. It was a trail I’d already failed to finish three times before—once because of a fire, once because I got lost and wore myself out, and once because it was so steep and rough that a friend and I just burned out and had to turn around.

But I’d decided that my idea of a bachelor party was to make a fourth attempt, solo. 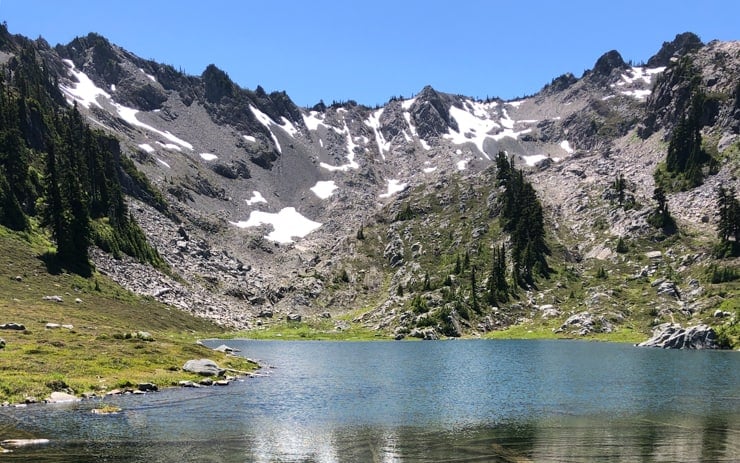 This time I finally did make it to the beautiful little lake at the top of the trail—but only after an accidental detour that cost me about an hour and 500+ extra feet of elevation gain.

On the way back down my legs were shot. Usually I love steep, rocky trails. But I was so tired that my feet weren’t landing where I wanted them to, and even small missteps down the jutting rocks left me wobbling and even having to catch myself a few times.

I started imagining what would happen if I tripped and took a header down the trail. I visualized myself pitching forward, flying down the intense grade, and going skull-first into the rocks that reached out of every square foot of ground.

Then about 30 seconds later, that’s what happened.

I tripped on a rock and pitched forward. Time did that thing where it both stops and goes immeasurably fast. All I know is that I had long enough to think to myself, “You should have visualized something else.”

Then I was sitting on the ground five or six feet down the trail. I had a couple little scrapes, but nothing my wedding suit wouldn’t cover up. It actually took me a minute to piece together how I wasn’t dead, or at least bleeding profusely.

But to understand what happened you need to know one more thing.

I’d recently taught a workshop at a local gym using the movements from our Mobius program. So I’d just spent weeks practicing these moves, working to smooth them out and get them deep into muscle memory.

One of the moves is called the swipe. To do a swipe you plant both hands and then your whole body basically barrel rolls through the air until your feet land on the other side.

I sat there replaying in my head how I hadn’t just died, when I realized: my body did a swipe and saved me.

As I fell my hands had reached out, found the ground, and controlled the rolling motion of my body—finally bringing my feet down in a pretty solid swipe landing. It’s important to point out here that I had no conscious control of this. I didn’t even realize it had happened until after the fact.

Which is why you might be interested in this story at all. Because even if you don’t take ill-considered solo hikes, your body still has to navigate all sorts of unpredictable situations. Especially if you play a sport, practice a martial art, or do any activity where you’re not in complete control of the action.

Stuff happens so fast that you don’t have time to give your body step-by-step instructions on how to navigate it. It has to already know. 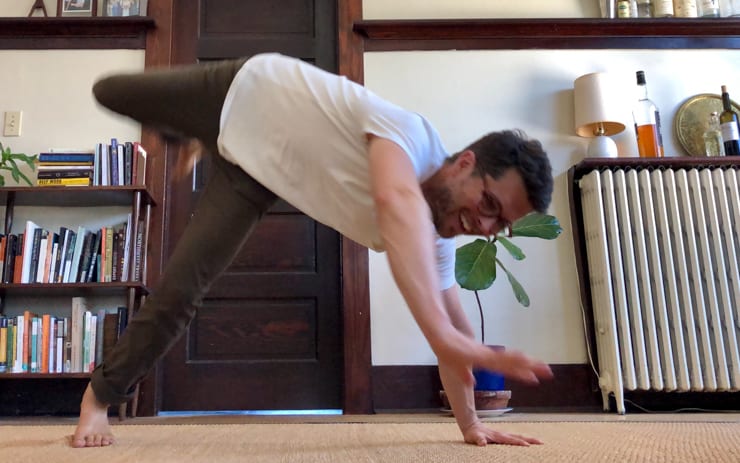 We talk a lot about “physical autonomy,” about making sure your body can handle all the stuff you wanna do with it. But I hadn’t really considered a big part of physical autonomy until I was scraped and dusty but alive halfway down a mountain: All that stuff you wanna do comes with a side order of the unexpected and unplanned for. Don’t forget to make sure your body can handle that stuff, too.

After getting hurt a few times in his early 30s, James started training with GMB and eventually joined the team. He’s since graduated from our Trainer Apprenticeship and helped a lot of people understand how to use our programs to make their lives better.

If you’ve clicked around our site a bit you’ve read stuff he’s written.